Save Our Illinois Land 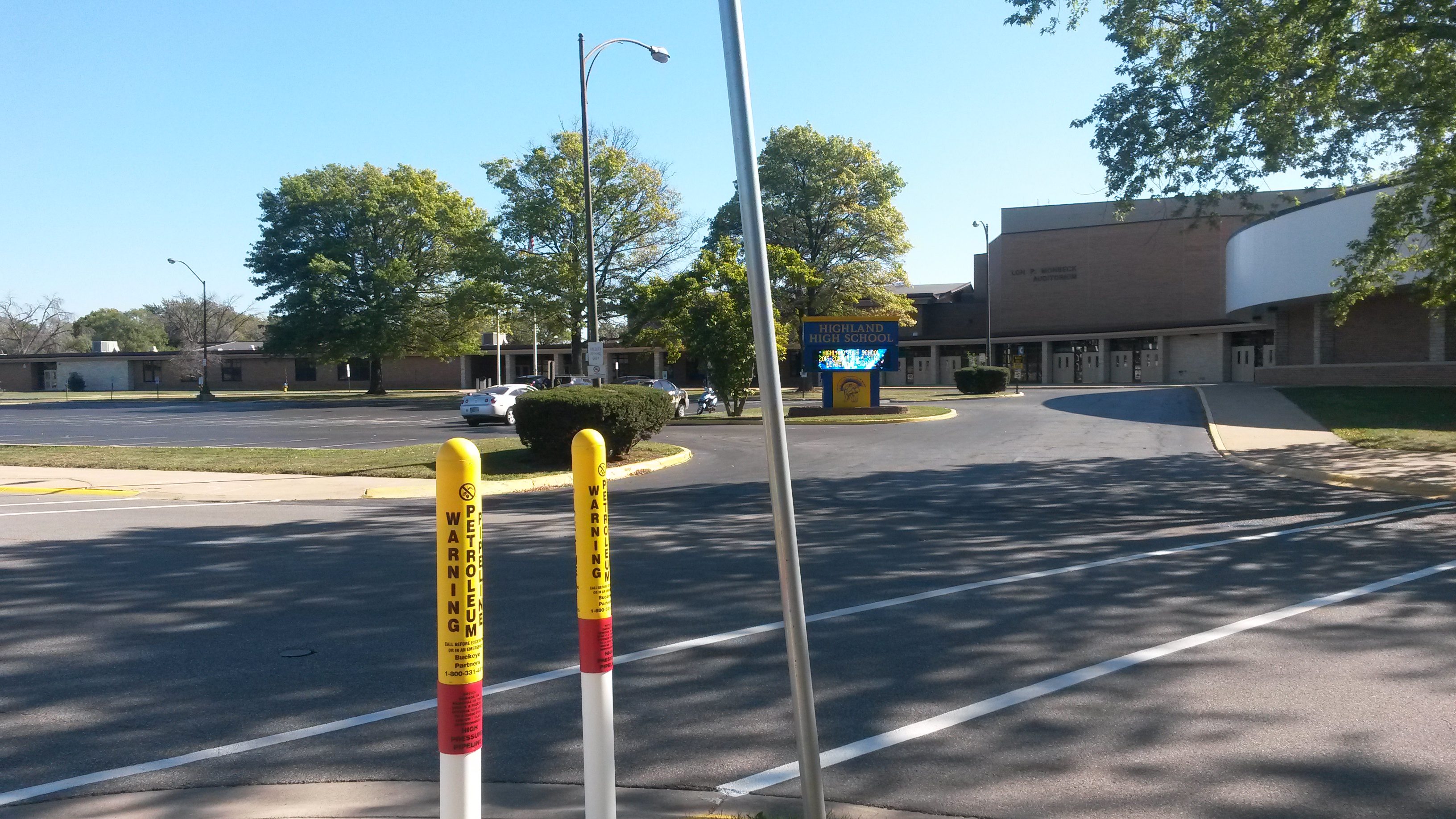 On Saturday, September 30, 2017, a clear, crisp, sunny Indiana morning, three members of SOIL joined 70 concerned citizens organized by 350 Indiana-Calumet to ‘Walk the Line’.  We hiked the 10K route that follows one of Enbridge Corporation’s pipelines that carries oil sands (also known as tar sands) from Canada to Hammond, Indiana. This group of walkers who came from throughout the region, began at the Hoosier Prairie Nature Preserve and ended in the the Hessville neighborhood near the Hammond terminal. The purpose of this walk was to call attention to the threat of oil spills from buried pipelines that travel beneath our feet, crossing streams, running near schools as well as homes and parks.

As we walked through the Preserve, with a warm sun and a slight breeze, we saw, among all of this beauty, squat, ugly Enbridge oil holding tanks – a jarring sight in the middle of this beauty. The terminal is a web of underground pipes which carry oil sands or dilbit. This oil is heavy and dirty, that when used, adds 20% more CO2 to the atmosphere than lighter crude oil. This oil sand product must stay in the ground if the world has any chance of reaching the goals stated in the 2015 Paris Agreement or of surviving with life as we know it into the next century.

John Halstead and his team at 350 Indiana-Calumet spent many hours planning this ‘Walk the Line’ as a non-violent action. John opened the ceremonies admitting that every day he took his son to school, passing the Enbridge line markers, he never realized the danger under foot.

Chris Wahmhoff of Kalamazoo, Michigan spoke next. Chris related how he spent his his 35th birthday. He said, “I spent my birthday inside Enbridge Energy’s Line 6B pipeline, south of Marshall, MI. And to get inside the pipe, I used a skateboard rolling into the pipe early in morning. I remained inside for approximately 10 hours”.

What triggered Chris to do this? A pipeline spill. On Sunday, July 25th 2010 at 5:58 PM (ET),  a 40 foot segment of Enbridge’s Line 6B ruptured spilling Canadian diluted bitumen into Talmadge Creek, a tributary to the Kalamazoo River. The Kalamazoo flows Southwest into Lake Michigan. The EPA subsequently estimated that the spill to be in excess of 1 million US gallons. Additionally, fifty households were evacuated and many more advised not to drink their water. Many people in the area also contracted terminal illnesses.

A couple years ago Chris attended the Midwest Pipeline Tour, and he described what happened to him following the spill. He and his friends were on the banks of the Kalamazoo River which Enbridge had recently reported to be fully cleaned up.  A friend dared him to step in. He accepted the dare and stepped in, only to immediately sink up to his waist in the sand Enbridge had used to literally cover up the incident. When they pulled him out, his legs were covered in a thick, black oily substance. The exact composition of these substance is unknown, as Chris told his audience at this event, because is is a trade secret protected by law.  But he contracted a series of unusual diseases because of this incident. This story reminds us that it is  impossible to fully clean up a river after a tar sand oil spill, despite what the media tells us, and despite what Enbridge tells us.

Addressing the group next was Gary’s Mayor Karen Freeman-Wilson. The Mayor criticized President Donald Trump for failing to uphold the 2015 Paris Climate Agreement. However, the Mayor was optimistic that local, state and city leaders must do more to promote green jobs and reduce emissions. The Mayor also talked about the false dichotomy between believers in God and climate action. She said that in her opinion, God is almost certainly a believer in man-made climate change and implied that the religious community should take a second look at this.

Along the walk, we saw innumerable petroleum and gas pipeline markers peppered throughout the residential neighborhood, including ones right across from Highland High School. We also saw an exposed section of pipeline, which the organizers told us is Enbridge Line 6, running through mid-air over a creek.

Arriving at the end of the ‘Walk the Line’ in Hammond, the group spent time together to share food, listen to music and talk about the day. John Halstead requested that all who were interested to go to their website and sign the petition for local leaders to commit to the 2015 Paris Accords. 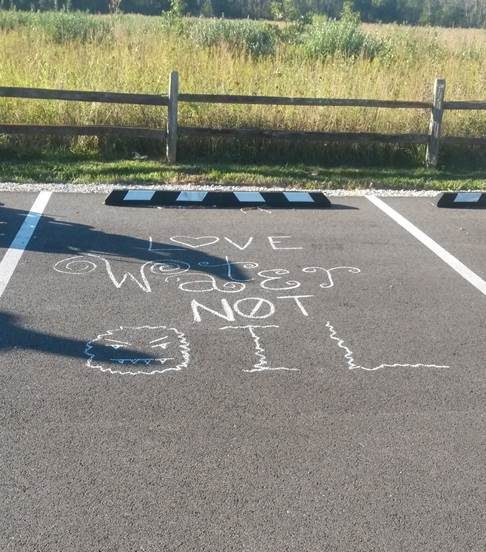